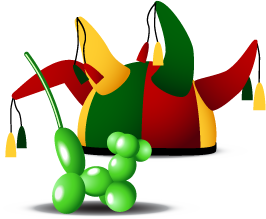 A blond man bought two horses but had trouble remembering which one was which. His [blond] neighbour suggested he cut the tail of one of the two horses, to tell them apart. Everything was fine until the other horse with the long tail got it tangled in a barb-wire fence and he had to cut that horse's tail as well. Then the neighbour suggested he cut off one ear from one of the horses. Again everything went fine for a while until the other horse got one ear caught up in the same bar wire fence. This time his neighbour suggested he measure the height of the horses. That's what the blond owner did and reached the conclusion that the white horse was 2 inches taller than the black horse.

RECENT JOKES
2 chairs dining at a r..
Three men on a boat...
Columbus